Design by The Seat of Your Pants 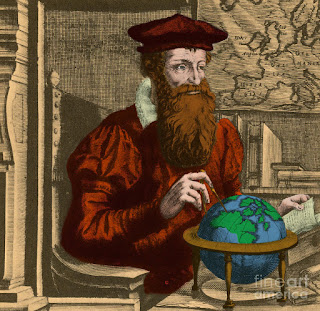 So now that I’ve discussed starting from scratch, it is time to look into what a game master can do if ideas are not particularly forthcoming. Maybe you have an idea of the cosmology, but when you get down to populating settlements and adventure sites, you find yourself hitting constant blocks. Perhaps it is coming up with religious or political institutions that is not your forte. Luckily for us, we exist in a unique time when there is a lot of information we can pull from in order to complete our own homebrew worlds. Don’t worry about things being too derivative, because you can always reflavor anything in order to better suit the mood of you campaign setting.

As any good teacher will tell you, sometimes you just have to borrow what works from others in order to get the job done. This goes doubly so for role-playing games. From early on, Dungeons and Dragons published books adapting real world deities and religions into something that works in the game world. Turning to Deities and Demigods in order to flesh out your campaign setting is simply working smarter not harder. Whether you are going to wholesale import a pantheon into your setting, or just pick and choose gods from several pantheons, this can give you a tremendous starting point.

Likewise, you should feel encouraged to plumb published settings for ideas for your game. If you want gnomes that operate like the Tinker Gnomes of Krynn, you should not feel like you have make the race yourself, just steal the stat block from a Dragonlance setting book. The same goes likewise for providing monsters for your setting. While a given sourcebook will certainly not have everything you are looking for (otherwise you would probably be using that setting instead), there are bound to be useful bits scattered throughout the text. The most important thing to remember is that it is your setting, so you should be free to create the environment of your choice.

The same goes for inputting published adventures into your campaign. You want to run T1-4, but center it in your homebrew world? Do it. This can be as easy as just putting the whole kit and caboodle in your game, or as involved as redoing some of the encounters in order to make sure it better suits your setting. Just do not let the pressure of feeling like you have to have a one-hundred percent original world get you overthinking things. There’s nothing new under the sun, so there is nothing wrong with contenting yourself with adapting things to your setting and giving them your own flourish.

As long as you can create a narrative driven reason for having Beholder star empires a la Spelljammer and using beastmen from Primeval Thule instead of orcs, you should do it. Don’t feel like you need to use any idea as it is presented either. By adding a little different flavor, you can successfully throw off players who may have the same books from which you are pulling ideas. There is, after all, nothing better than watching players lose it over a monster that looks like one iconic monster (or something completely different) but is mechanically identical to a different one. This is also a great way of throwing off the veteran gamer who seems to know how to defeat every monster you throw his/her way. The important thing is two keep in mind these two questions: 1) what do I want this monster to be capable of, and 2) what do I want it to look/act like? You’d be surprised how easy it is to fill in the blanks when you keep these questions central to your thinking.

I get by with a little help from my friends
The final piece of advice I can really give on campaign world design is to, whenever possible, delegate responsibility. Being the game master is a difficult and time consuming job anyway, so it never hurts to spread the responsibility a bit. Allow your players to contribute to the design and culture of the world. Not only will they feel more invested, they will be more likely to act in character because they fundamentally understand the conceits of their character’s culture.

It is usually helpful to provide some parameters for your players in order to make sure you all stay on the same page. For instance, it would really hard to explain the barbarian who comes from a mammoth hunting people of the northern wastes if there are neither mammoths nor a northern waste in the setting. By this token, make sure that the physical geography of your setting is fully set before allowing your players to take the reins of creative control.

In regard to the map, this is another task that can be easily completed in a cooperative manner. I am going to steal an idea from my buddy Harms for this next bit. Provide a blank map for the players. Have each player come up with one feature (physical or political) and put it on the map. Pass the map around so that everyone (including the game master) has an opportunity to add one feature. Next, have everyone write down some cultural or physical details about the feature placed by the person to their left. Finally, the person to the left of that should write down some relationship the feature has to other features in the world or a point of interest/adventure hook for the feature. In under an hour you can have a fully playable setting.

Strong on his mountain (er…at his desk),
PJ
Posted by Peter Foxhoven at 12:46 PM