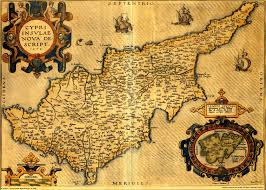 Let’s face it, building a campaign world is one of the most engaging and time-consuming aspects of being a dungeon master. While there are a number of fine campaign settings in which to play published under the umbrellas of both official and third party, not every setting is going to fit your style of play the way you want it to. The question, then is where to start building your campaign world? There is not necessarily a right or wrong way to begin creating your setting, but having constructed a number of homebrew campaign worlds, I can only advise those actions which I know to be useful first hand. I will separate the creation of homebrew worlds into four distinct categories.

Like many things in life, you may find that using a combination of these methods will yield your most desirable results. Regardless of your desire to fuse these ideas, each one taken on its own should help you successfully build the campaign world you are looking for. One final caveat: don’t expect perfection. There are far too many variables to consider when you are trying to create just one society, let alone an entire world. Try to keep consistency as best you can, but do not stress about some incongruity. No society is perfect anyway. In this entry, I will focus exclusively on the first method of campaign world creation: starting small.

Starting Small
The method that I have experienced the most success with, by and large, is to start with the smallest necessary piece of geography, and then to move on to populating the rest of the world only when the events of the story necessitate it. You would be surprised how much you can plan for players to do in just a small, one-hundred to one-thousand square mile section of the world. Assuming you are operating in a quasi-medieval setting, most people will never journey further than twenty miles past their place of birth anyway, so knowledge of what is beyond the next town is going to be rather limited. Starting small can really maximize the amount of adventure per square mile that your player characters experience. Starting small also helps to tell a narrative of characters who come from humble origins and move on to bigger things.

The easiest way to get this method off the ground is to pick a settlement type and move from there. Is your game taking place in a city or village? Is it in the desert or amongst rolling, pastoral hills? What sort of shops and services are available? Why was this settlement established? Who is directly in charge of the settlement? What dangers lurk just beyond the borders of civilization? Who (or what) has settled before? Finally, once these questions have been answered you should decide who is the next person on the political hierarchy (name, title, duties) above whomever it is that runs the settlement.

After finding out the relative size and nature of your settlement, you need to answer a few more questions to really get the area fleshed out nicely. What is the dominant religion of the region? Are other faiths tolerated? Are demi-humans present? If so, whence do they come? What are the major agricultural products and natural resources of the region? Have there been any blights, droughts, or famines recently? Who are the major families of the area? Are there any familial rivalries? Does the settlement lie on the border between countries/is the settlement a major crossroad? How are strangers treated? Where can travelers stay?

Once you have your settlement, populate the wilderness areas in a manner which fits the geography, and write down some notes about the history of the region over the last hundred or so years. I admit that at face value it seems absurd that there could be multiple dungeons in such a small region, but history teaches us that this is not so. If we look at the English county of Kent as our example, a serf in the twelfth century may be able to find remains in the wilderness from the ancient Celts, the Romans, the Saxons, and the Danes.

Each of these cultures, presumably, could have constructed their own settlements that were abandoned or destroyed over the course of hundreds of years. The remnants may be overrun with monsters, brigands, or may sit empty waiting for a brave adventurer to claim as his/her own. There isn’t much of a reason to believe that any location in your world would be any different from the above real world example. This is why knowing at least one hundred years of regional history would be beneficial for the campaign creator, because it helps you decide more reasonably what lies just beyond the town for the player characters to explore.