Binge-worthy: The Quest Part One

I want to start by making one thing absolutely clear: I despise reality television. Seriously, I hate it so much. I could feed you a line about how I prefer my scripted television to be honest about it, or how I refuse to believe there is merit in participating in the shared drama of the “struggles” and the ravings of materialistically spoiled, narcissistic brats; these would be only half truths. Rather I condemn reality television for two principle reasons: 1) I blame reality television for the writers’ strike that messed up season two of Battlestar Galactica (I mean, the hell?), and 2) I do not believe that endeavors which elevate the base selfishness and cruelty which go hand in hand with the human condition should be held on a pedestal. With the former, it is a personal grudge; that show was getting so great! In regard to the latter, I feel that daily life presents us with direct and indirect experiences of the ignoble, and I, for one, don’t want to relish in people being petty. 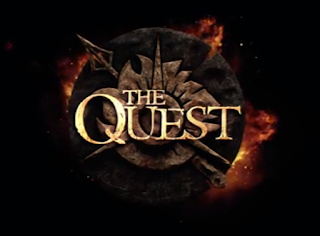 The above, long-winded prologue is simply to provide you with context for what I am about to say: It is my opinion that the ABC reality television program The Quest is truly phenomenal and completely binge-worthy. What is The Quest? The simple answer is that it is another challenge reality show, but with a fantasy twist. I stumbled across this on Netflix and found myself immediately drawn in. Twelve contestants called paladins (I know you’re digging this already, too) have been summoned to the fantasy world of Everrealm. Chosen by The Fates, these paladins are each tasked with completing trials in order to determine who amongst them is worthy of brandishing the mythical Sun Spear and vanquishing the dark forces of the dreaded Verlox. Escorted by Crio the Dreamer to the castle Sænctum, the paladins meet other NPCs, most notably Sir Ansgar (who gives the contestants most of their trials), and engage in competitions to determine who will be the “One True Hero”. From there, the show employs the traditional method of a reality competition program: elimination of those who lose trials both by subsequent competition and group vote.
What makes this show truly unique, however, is that the show contains certain elements of particular use to the tabletop role-player. It is to this purpose which I will devote the rest of this essay.  In part one of this post, I will discuss different archetypes of character alignment as displayed in The Quest. Strap in.

The first thing I noticed when watching the show was the way in which alignment in the Dungeons and Dragons sense played a role in the program. It was impossible for me not to equate the actions of certain contestants as reflecting their alignment because of the sheer consistency.  I am going to focus on three contestants in particular: Christian, Shondo, and Patrick. 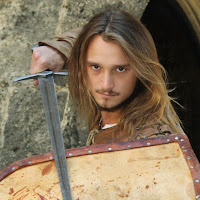 Christian is your ideal chaotic neutral character. While capable both of acting to further the interest of the party as a whole and form bonds of friendship, Christian is ultimately a self-serving pragmatist. He forms alliances with those contestants he views as strong and capable of propelling him to his goal. He is steadfast in his belief that he is the “One True Hero”, not necessarily because he believes himself to be better than the others, or even truly worthy of the title, but merely because it is his whim to possess this distinction. Reveling in a form of pseudo-Game Theory, Christian plays his fellow contestants off of each other constantly in order to elevate himself. He even goes so far to sabotage his own chances of winning a team competition by selecting his team based solely on his belief that this will eliminate the weakest paladins (i.e. the ones least likely to help him achieve his goal) while simultaneously hedging his bets on the hope that his allies on the opposing team will protect him from elimination. 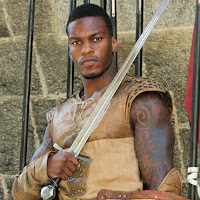 Keeping with the theme of neutral alignments, Shondo is your classic lawful neutral personality. He steadfastly adheres to a code of ethics postulating that only those who can competently perform under pressure are worthy of consideration to be the “One True Hero”. Shondo believes himself to be the person who most exhibits the qualities emphasized by his ethical code, but this is not necessarily ego. Humility, as I will discuss later, is a cornerstone of Shondo’s character. Rather, his steadfast belief in his personal code forces him to adhere to it through his own actions. Shondo refuses to play into petty, interpersonal politics when it comes time to vote on the elimination of the other contestants. Hypotheticals neither concern nor interest Shondo, rather he is a man of action and purpose. Those paladins who continuously break under pressure or fail to perform to their fullest ability garner no sympathy from Shondo. On the other hand he praises paladins who give their all, even when they fall short of the goal. He never fails to give recognition to the triumphs of his fellows. One cannot help but think that Shondo would be found among the followers of Saint Cuthbert in the Greyhawk campaign setting. 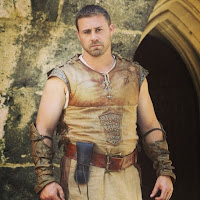 Finally we reach our neutral good paladin: Patrick. Patrick’s main motivation is to deliver Everrealm from the clutches of Verlox. While he would certainly like to be the “One True Hero”, he never ceases to entertain the idea that someone else might be destined for the role, and that his own destiny may well be to help that paladin achieve greatness. He maintains a happy-go-lucky attitude, encourages his fellow competitors, and maintains fierce loyalty. While his strength and obvious intelligence carry him far in the show, his loyalty and kindness are what make him truly successful. Throughout the course of the show, Patrick never hesitates to aid his competition in completing their own tasks once his is complete (a neutral act because it bends the rules without breaking their spirit). After coming to know one of the contestants, Bonnie (about whom I will talk in part two), Patrick demonstrates unwavering loyalty to her. He makes sure that she does not lose hope and encourages her to keep going in the face of seemingly insurmountable obstacles; a true hallmark of the good aligned character.
Posted by Peter Foxhoven at 6:17 PM